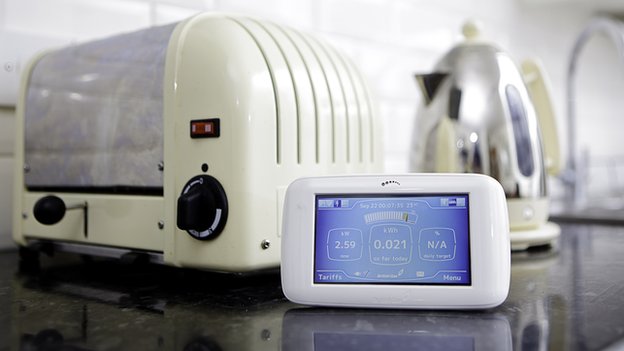 Installing smart meters in every house in the UK will save consumers “only 2%” on their annual bills, a committee of MPs has warned.

The Public Accounts Committee (PAC) said that, on average, consumers will save just £26 a year.

MPs also warned that the technology could be out of date by the time the roll-out is complete.

Installing the meters – which begins in earnest next year – will cost £215 per household, or £10.6bn.

Customers will be charged an annual amount on their bills to cover the cost, peaking at £11 a year in 2017.

The £26 annual figure would be the net saving, after the installation costs have been taken into account.

“Despite consumers footing the bill, they can on average make a saving of only 2% on the average annual bill of £1,328 by the time the roll out is complete,” said Margaret Hodge, the chair of the PAC.

“Even this is conditional on consumers changing their behaviour and cutting their energy use,” she added.

The Committee also said that some of the technology is likely to be out of date by the time it is installed.

At the moment the meters carry an in-house display, which tells consumers how much energy they are using at any given time, and how much it is costing.

The idea is that will encourage consumers to use less electricity and gas.

But the MPs said customers could receive similar information on smart phones.

That could make the in-home displays “redundant,” said the committee.

DECC said there would be no up front charge to consumers for having a smart meter installed.

“The nationwide rollout is part of the Government’s complete overhaul of the UK’s energy infrastructure which will revolutionise the market and support the development of smarter electricity grids.

“It will help reduce consumer bills, enable faster, easier switching and give households control at the touch of a button,” she said.

The project has already run into delays, and has been criticised elsewhere as a waste of money.